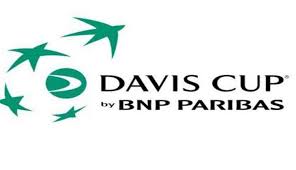 The ITF AGM today voted on August 16th 2018 in gavour of the ITF and Kosmos´transformational regorms to Davis Cup by BNP Paribas. The reforms will secure the long-term status of the competition.

From 2019, the competition will see 18 nations and the world´s best players compete in a week long season finale to be crowned Davis Cup champions. The first edition of the new event will be held in Madrid or Lille from 18th – 24th November 2019, with the inaugural host city to be announced in the coming weeks by the ITF.

Gerals Pique, President and Founder of Kosmos, said: “Today is a historic day and we are convinced that the agreement ratified by the nations certainly guanrantees the future of the Davis Cup and the development of tennis at all levels.”

The new format will involve a qualifying round in February, in which 24 teams will take part in home and away matches – a key element of the Davis Cup´s heritage. The 12 winners will secure a direct place into the final and will join the four semifinalists of the previous year – who qualify without having to play in February – and two wildcards that will be announced before the drawfor the qualifying round.